Two American masters of the accordion, Cory Pesaturo and Kevin Solecki, give a concert at Hannesarholt on July 12th at 8 pm, on their first Iceland tour which they call Fire & Ice tour 2019. Both are professional accordion players and have performed worldwide.

Cory Pesaturo, a professional American accordionist, is on the forefront of the accordion world, pushing the boundaries on multiple fronts of what is possible with the accordion. Cory is the only person to ever win the trio of World Championships on Acoustic, Digital & Jazz Accordion, and the only accordion graduate of the prestigious New England Conservatory of Music in Boston, Massachusetts, USA. In 2017, Pesaturo became a Guinness World Record Holder, as RedBull® flew him to Austria to break the Marathon Accordion Record, in which Cory played for over 32 consecutive hours. Cory's main contribution is his visionary thinking of how the accordion should be used, played, taught, and presented in modern music. He has given two TED Talks and two Google Talks about this, which are currently the only TED or Google talks in the world about the accordion. Pesaturo is also developing his own electric accordion, and already has made the first ever skinned accordion which includes a symmetric lighting system attached to the keys.

Pesaturo's extensive resumé includes appearances at the United States White House for President and Mrs. Clinton on four different occasions, starting at age 12, and eight other appearances for the Clintons since 2000, along with 14 letters from the first family. On one of those occasions, he became the youngest person to ever perform at a State Dinner, performing with the Marine Strolling Strings for the President of Hungary. Some TV appearances include the “Late Show with David Letterman” and nationally televised programs in New Zealand, Canada, Italy, Tunisia, France, and Finland. He has judged accordion and other music competitions in the USA, Canada, and Europe, and currently gives masterclasses at various universities throughout the United States and Europe on Accordion and Improvisation. This will be Cory's first visit to perform in Iceland.

Kevin Solecki is another professional American accordionist, hailing out of Detroit, Michigan, but now makes his home in Pittsburgh, Pennsylvania. Some of Solecki's earlier highlights date back to the late 1980's and early 1990's which include performances on some of Detroit's radio and television stations. In 1996, he joined a nationally known polka band from Pennsylvania, the "Polka Family Band." In the next 10 years, Kevin and the band would perform all over the United States as well as tours internationally in Canada, Mexico, Bermuda, the Caribbean, and Europe. Kevin and the band have been a part of numerous radio and television shows, and had the opportunity to perform at some of the country's top polka festivals, state fairs, county fairs, hotels, and cruise ships.

Solecki's career highlights include a PBS Television documentary on the polka recorded with the Polka Family Band in 2001, a 2006 GRAMMY nomination for his debut album "Solecktions", followed by multiple visits to the GRAMMY Awards since. In 2006, Kevin's GRAMMY recognition earned him appearances at the International Accordion Convention in Las Vegas, the Milwaukee Accordion Club's Summer Concert Series, the International Accordion Spectacular Show in New York, along with several sold out concerts for the Michiigan Accordion Society. Another highlight for Kevin included a personal invitation from Harry Connick Jr. to help him at a performance at Pittsburgh's historic Heinz Hall. Solecki performed a few solo songs per Harry's request for the sold out June 2013 performance, then accompanied Connick's band for a tune during a memorable night of music and fun.

Currently Kevin continues to perform solo at many accordion functions around the United States. He is also versatile with his repertoire, playing not only Polish melodies to represent his heritage, but also Oktoberfest music and a variety of Italian and French tunes. Kevin also keeps busy teaching, repairing, and selling accordions at his Pittsburgh based accordion shop “Carnegie Accordion Company”. Kevin is delighted to perform in Iceland for the first time with World Champion Cory Pesaturo. 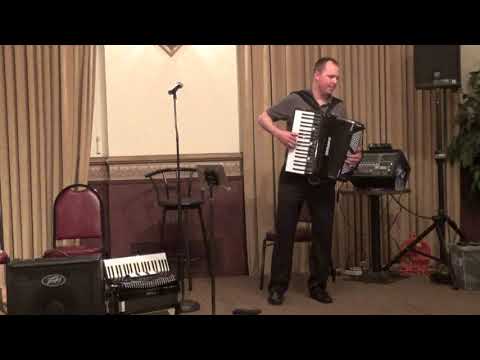 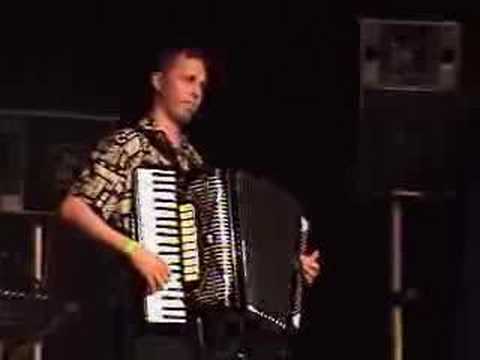 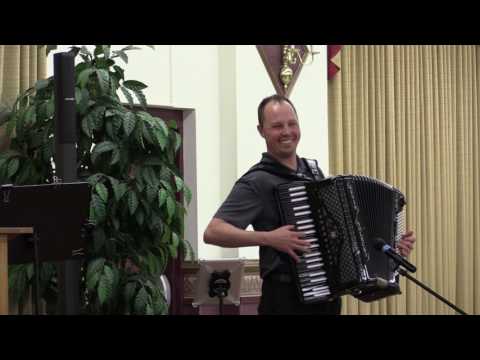 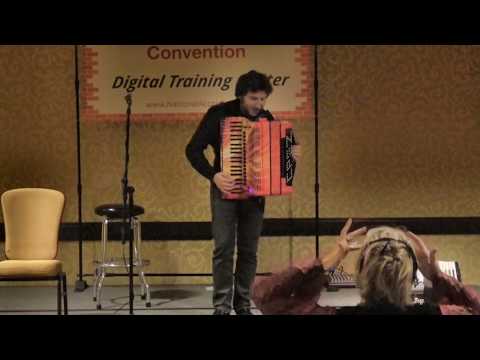